Why getting pregnant is so hard

Infertility in Singapore is on the rise, say both fertility doctors SP spoke to. One in seven couples here suffer from infertility, notes gynaecologist and fertility specialist Dr Kelly Loi, who runs The Health and Fertility Centre for Women. Approximately one-third of the issues involving fertility are due to women, one-third to men, and the remaining one-third complications from both partners or from unknown causes.

If couples are below 35 years, they are usually encouraged to seek medical help after failing to conceive for a year, and after six months if they are older. However, Dr Roland Chieng, an obstetrics and gynaecologist specialist at Roland Chieng Fertility and Women Care, urges his clients to give it at least two years.

“At the end of one year, about 85 per cent of couples will conceive as long as they are having regular intercourse, and this number shoots up to 90 per cent by the end of two years,” he explains. “At the end of the two years, the incidence doesn’t go up anymore.”

However, you should consult your doctor early if you have a pre-existing condition, such as irregular menses or pelvic problems, that could thwart your chances of getting pregnant.

In Singapore, a major contributing factor to infertility is that both men and women are delaying marriage and parenthood plans. Dr Loi notes, “The average age that women are delivering their first baby has risen to 30 years old.”

While it may seem like a decent age to have a baby, a woman in her late 20s has only about a 20 per cent chance of conceiving every month. This figure plunges to 8 per cent if she’s in her late 30s. “Plus, there’s also an increased risk of miscarriage with increasing age,” Dr Loi points out.

Although a man’s fertility isn’t impacted until he’s well into his 50s, the quality and quantity of his sperm may deteriorate over time, so that it’s difficult for the sperm to reach the egg and fertilise it. The good news is that a man can improve his sperm quality by following a healthy diet and lifestyle and taking antioxidant supplements.

Abdominal surgery, appendicitis or a ruptured appendicitis, as well as ruptured cysts can damage the tubes, preventing the sperm from fertilising the egg.

According to Dr Chieng, age-related problems aside, hormonal imbalances in women are a major cause of infertility. Some 90 per cent of the time, this is caused by polycystic ovary syndrome or PCOS, a genetic condition characterised by a failure to ovulate, which leads to weight gain and missed or irregular periods.

Dr Chieng notes that this condition can be treated easily if the woman changes her lifestyle, such as by losing weight. Dr Loi adds that fertility drugs can also regulate the condition by inducing ovulation.

By the way, if you’re not sure that you’re ovulating, monitor your cervical mucus, Dr Loi advises. When you’re in the fertile period, your mucus is clear and stretchy, which enables the sperm to swim into the uterus more easily. But if your vaginal secretions are thick, then this “unfriendly” mucus prevents sperm from entering the uterus and you may need medical attention.

Other hormonal disorders that may hinder fertility include Hashimoto’s hypothyroidism, where the thyroid produces more oestrogen than necessary, which affects the hormones and, in turn, your menstrual cycle.

Some couples turn to traditional Chinese medical practices such as acupuncture can also “correct” your body’s system, “nourish the blood”, plus improve the circulation to regulate your blood flow, and subsequently, your menstrual cycle. 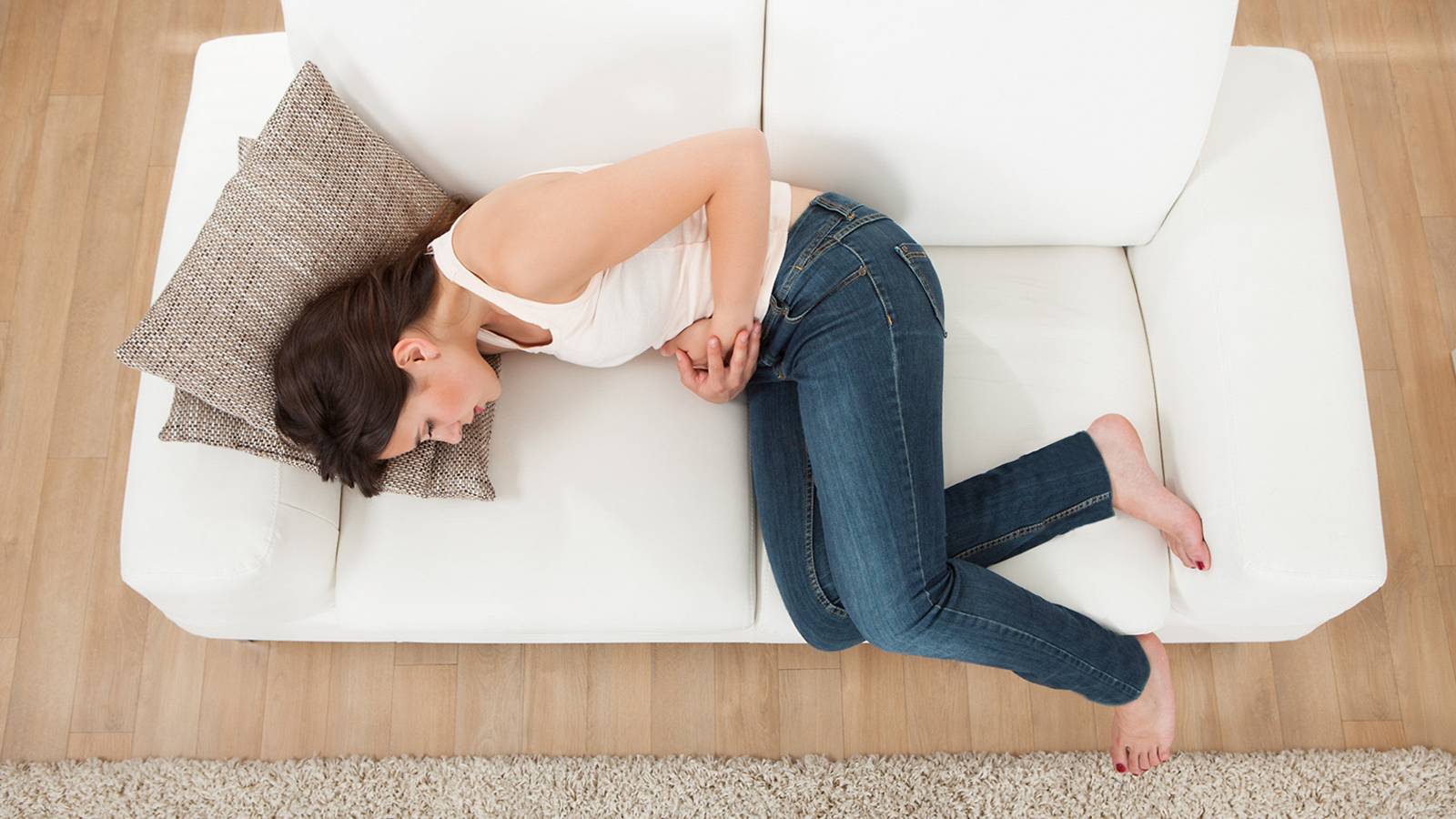 This condition is a major cause of infertility in women. In this condition, the lining of the uterus is deposited outside the uterine cavity, possibly around the ovaries, which results in ovarian cysts developing, Dr Loi explains.

Although many women with this condition show no symptoms, it can produce severe menstrual ache, pain during intercourse, and sometimes, also gives rise to an inflamed uterus and ovaries (determined through keyhole surgery). Such symptoms can derail a woman’s conception chances, but it can be treated with laparoscopy, notes Dr Loi. In this procedure, a fine telescope is inserted through the umbilicus and the lesions are removed with long, slim instruments.

“After surgery, hormonal treatment is sometimes needed to suppress the recurrence of the endometriosis before we start the fertility treatment,” she adds. A successful procedure doubles a woman’s chances of conceiving.

Congenital problems with the uterus could also prevent the embryo from implanting properly. This is usually caused by the presence of a septum, a band of excess tissue that divides the uterus. Although it doesn’t impact one’s conception abilities, it’s associated with the highest rate of miscarriage — as much as 90 per cent. Dr Loi assures that a hysteroscopy septum resection — inserting a fine telescope into the uterus from the vagina — can greatly decrease the risk of pregnancy loss, dropping from 88 per cent to as little as 5.9 per cent.

No worries, though, if you were born with an abnormally-shaped or -placed womb, you’ll still be able to conceive. Says Nur Arissa, 34, a teacher who was born with an inverted womb. “I was worried it might cause my problems to conceive, but I managed to get pregnant naturally soon after I got married at age 24.”

A person’s lifestyle affects his or her fertility, so even minor adjustments can increase one’s chances of conceiving, or prep the body for fertility treatments.

Thanks to early detection and better treatment options, infertility caused by tubal infection — such as a pelvic or sexually-transmitted infection — is less common these days.

However, both Dr Chieng and Dr Loi still see problems arising from scarred and inflamed fallopian tubes as a result of past surgeries. Abdominal surgery, appendicitis or a ruptured appendicitis, as well as ruptured cysts can damage the tubes, preventing the sperm from fertilising the egg.

“A damaged tube may also lead to an ectopic pregnancy, where the embryo sticks inside the tube instead of implanting in the uterus,” Dr Loi warns. “Treatment depends on the severity — if the tube is badly damaged and swollen, it may need to be removed as this can affect the success rate of conceiving, even if the woman is receiving fertility treatment.”

More and more research is also showing that a woman’s diet not only has an impact on her ability to get pregnant and affect how her foetus develops, it can even determine the baby’s fertility in utero, Dr Loi notes.

This can be determined through epigenetic programming, which establishes the factors that can turn genes on and off. Fertility expert Zita West, who backs this notion in her book, Eat Yourself Pregnant, asserts that the environment in which the baby develops in the mother can have an impact on which genes become active and which don’t. This includes the mother-to-be’s nutritional intake, as well what toxins she is exposed to.

These don’t just impact the baby’s life, it also shapes the genetic makeup of generations to come. So, do watch your lifestyle, including what you eat before and during pregnancy, as it may even influence the fertility of your grandchildren and great-grandchildren!

Turner Syndrome, in which a woman is born with early ovarian failure, is another genetic condition that could compromise a woman’s fertility. Dr Chieng explains, “A lot of these women have no more eggs left in their ovaries by the time they reach puberty and probably won’t have their menses for long. Nothing much can be done to help boost fertility.”

A woman’s weight also has a huge impact on her fertility. “Being underweight with a body mass index (BMI) lower than 18.5 or being overweight with a BMI higher than 23.5 are both bad for fertility,” Dr Loi warns. “Either may affect ovulation and cause irregular periods.”

Concurring, Dr Chieng adds that being obese may also halve your chances of getting pregnant through IVF. To keep your weight in check, eat a balanced diet that includes lots of veg and fruit, especially those rich in antioxidants, like strawberries and blueberries. At the same time, refrain from processed sugar, as well fatty and oily food.

Make sure you keep fit, too. Dr Loi advises, “I highly recommend aerobic exercises three to four times a week.”

Excessive stress can lead to fatigue and poor sleep, which can lower the libido. Women may have irregular periods and their ovulation is also affected.

Whether you’re a man or a woman and you smoke, this will threaten your fertility. In men, it damages the sperm count and its quality, while in women, it’ll harm the eggs. The IVF success rate among smokers is also halved.

Dr Roland Chieng notes, “In labs, we’ve observed that a smoker’s egg shows all sorts of abnormality. Some show a thicker out covering and we’ve also found unwanted particles in them.”

Contrary to popular belief, most birth-control methods do not affect your ability to conceive. But, Dr Kelly Loi adds that if you have been on certain ones such as Depo-Provera — an injection that lasts three months — it will take your body up to nine months to “reset” before fertility returns to normal.

Does stress play a part in fertility? Both doctors said that while it’s difficult to quantify, excessive stress can lead to fatigue and poor sleep, which can lower the libido. Women may have irregular periods and their ovulation is also affected.

Infertile? Check out these treatments

Are you turning into Pregzilla?