Primetime Asia presenter Steve Lai, 39, is a shining example of not letting age to come between you and your passion.

At the age of 31, the Brunei-based Eurasian made a mid-career switch to broadcast journalism in Singapore ― a path he had always dreamed of pursuing ― after a six-year stint at the Brunei Economic Development Board.

“I had pragmatic parents and one shot at higher education. So, I graduated with a business degree. I would have rather done Filmmaking or Sports Science,” Steve explains. “But when my brilliant wife, Wei Wei, got a job opportunity at a US law firm in Singapore, it freed me up to start with a clean slate. A series of fortunate events and circumstances led me to broadcast journalism.”

These series of fortunate events included voice-over stints for corporate videos and TV commercials, plus playing small parts on Channel 8 programmes and some theatre work.

Steve’s big break, however, came when he won an online competition that gave him a chance to present on ESPN’s nightly highlight show, SportsCenter ― a show he used to watch religiously back in Brunei. This led him to more regular work at sister channel ESPNews, a 24-hour sports channel. He eventually joined Channel News Asia (CNA), where he’s helmed various shows over the past five years.

“I’ve worked on the sofa for the morning show, fronted documentaries, covered live sporting events, breaking news and travelled to places like Myanmar and Philippines to cover their elections,” notes the dishy dad of two girls, Georgia, 6, and Sophie, 9.

He adds, “For someone that came to broadcast journalism relatively late in life, I’m incredibly grateful for the opportunities and trust that CNA has given me.”

What do you love most about your job?

There’s buzz and excitement with live TV. There are so many moving parts the viewer doesn’t see that goes into a one-hour show like Primetime Asia. It’s a roller-coaster ride and I get the front row seat.

My friends always tell me I come alive when we do sports stories and interviews on the news. I’ve even had messages from strangers on Twitter saying the same. I actually enjoy both, but you can’t smile and be too animated talking about death and tragedy. So, I think I’m just being appropriate. That said, I still watch and talk about sports a lot, and it annoys me when sports stories are always the first to be dropped when a bulletin is over running.

Are you a sports fan?

Sports was a big part of my life growing up, I’d happily play anything. I think it was the few years I’d spent in Australia when I was young that really ignited my passion for sports.

I was in school teams for football, hockey and athletics, but I was best at rugby. I captained my school rugby team in England. Many years later, I captained the Brunei National team and played against Indonesia, Cambodia and Laos.

I play touch rugby occasionally, mountain bike and like to keep fit. I used to ride to work when Channel NewsAsia was at Caldecott Hill, but I haven’t had the chance to find a safe route to our new campus yet. I also enjoy the Spartan Race, I’ve done all three ― Sprint, Super and Beast ― and look forward to doing more.

What’s a typical day for you at Primetime Asia?

I’ve been presenting Primetime Asia since January 2015. I present the show with Glenda Chong, who is phenomenal by the way. She is smart, diligent and on the ball.

My job is essentially to be ready for anything. It’s a fast-paced one-hour show packed with live interviews with guests and correspondents. That means lots of background reading for stories and preparing questions for guests.

Even if it looks like plain sailing for the viewer, it rarely is. We have to always be ready for unforeseen circumstances such as, breaking news, when a correspondent’s line fails or if guests are running late.

I don’t really have a typical day as we also go out and shoot stories. But generally, my day is a mix of research, planning, shooting, preparing, social media and presenting.

Having covered many important events in your broadcasting career, what has been the most memorable for you?

I was covering an overnight shift on 23 March 2015. We broke into programming at 4:10am and I read, “The Prime Minister is deeply grieved to announce the passing of Mr Lee Kuan Yew.” As the obituary package about his life played out, I remember thinking how difficult it must be for a son to announce the passing of his father in such a way, and that Singapore was going to wake up to the sad news. That was an incredible week to be in the newsroom and certainly a moment I will never forget. 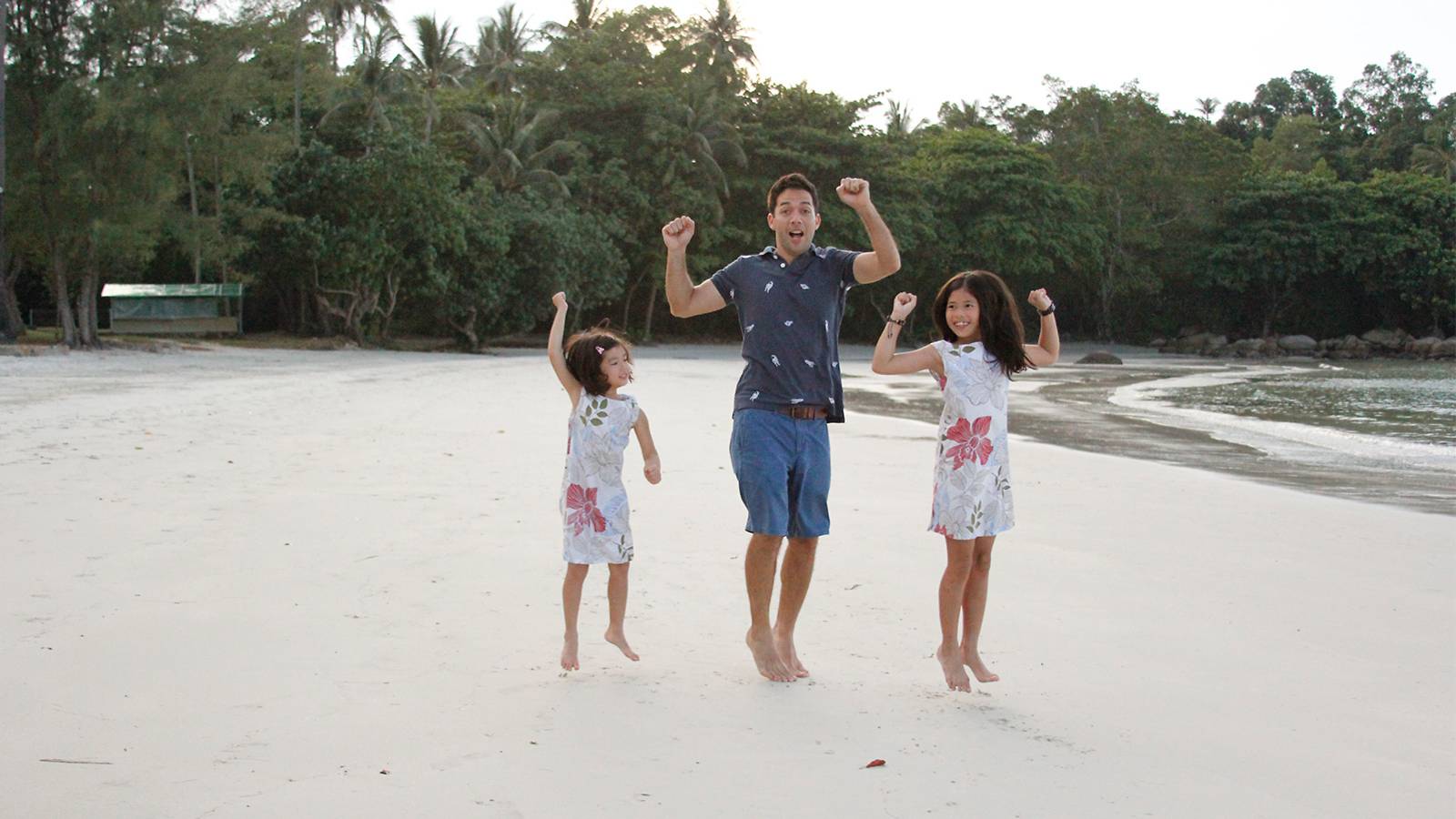 What about interviews with celebrities ― any that come to mind?

I only got to do those sort of interviews when I was on the morning show. The sports stars are the ones I remember most, Martina Navratilova, Jenson Button, Paul Scholes and Robbie Fowler would be a few.

I could happily pick their brains on sports for hours. I was so caught up talking to Martina when we cut to commercial I had the studio director shouting at me to get her off the set as we were coming back on air.

On another occasion, I inadvertently implied Victoria Beckham was old. I was asking her a question about her passion for fashion, saying that I remembered her always being the fashionable one when I was at school and she was in the Spice Girls. She said, “Thanks, you’re making me feel old”. There was an awkward pause and we all laughed and carried on. I felt a bit bad, but it was a funny moment and she was fine with it when I apologised after. At least, I think she was!

Sounds like a fun, but hectic job. How do you make time for your family?

It’s not easy to be honest. WhatsApp and Telegram are handy, so are phone calls. We use Google Calendar to plan our weeks. My wife makes a point to have Primetime Asia (i.e “me”) in the background while they all have dinner, although the kids aren’t really paying attention.

At the moment, I work from mid-afternoon into the late evening. Georgia, goes to school in the afternoon, so we get to spend the mornings together, which is nice. I pick up Sophie from school before I head to work and we have lunch together. Wei is the one I see least during the week, though we are in contact throughout the day. We only have meals together as a family on the weekends. Weekends are precious.

“If I could be someone else for the day it would be… My kids because I think it would help me be a better better father.”

What do your daughters think about you being on TV?

They’re not very bothered. I’ve been on TV for seven plus years, so it’s what they’ve grown up with. They get more excited about the cast of Tanglin. They ask me questions like, “Do I see them at work?”, “Can I take a picture of them?” that sort of thing.

Do the girls have a flair for broadcast journalism, like daddy?

They seem to like doing presentations and performing on stage at school. I’m quite easy-going about career aspirations. I changed careers in my early 30s, so I don’t think anything has to be set in stone. The only thing I encourage my daughters to do is to enjoy what they do and do things well.

Any parenting philosophies that you live by?

Our everyday mantra is, “work hard, play hard, be brave, be kind and have fun”. I make the kids say it to me before they go to school. I don’t know if it works, I may never know, but it certainly can’t hurt.

I’m a pretty relaxed parent, I’m more interested that they are good, confident kids who treat people well and aren’t afraid to try things. Wei is the one that cracks the whip when it comes to studies.

I'm also an equal opportunities dad. I believe kids should be given the same opportunities, regardless of if they were a girl or boy. I also try as much as possible to not let the girls think in stereotypes or prescribed thinking.

What do you enjoy doing together as a family?

I like to do active things with my daughters, like going for a swim or cycling in the park. I got them into rock climbing recently and after some initial nerves, they’ve started to enjoy it. They did the Kids Spartan race a few weeks ago and enjoyed it, so, I look forward to taking them to more of those.

The Sports Hub is fun. The kids learnt to ride their bikes, rollerblade and rock climb there. One of our go-to places on the weekend is The Garden Slug in Telok Kurau, we all like the food and there’s a pet shop across the road the girls like to go into to see the different animals.

Last weekend, we played charades, acting out characters from movies for each other to guess. Sophie did a Darth Vader impression that had us all in stitches.

Catch Steve Lai on Primetime Asia at 7pm on weekdays.

SOS! Who do you call in an emergency?

15 gifts your children will never forget 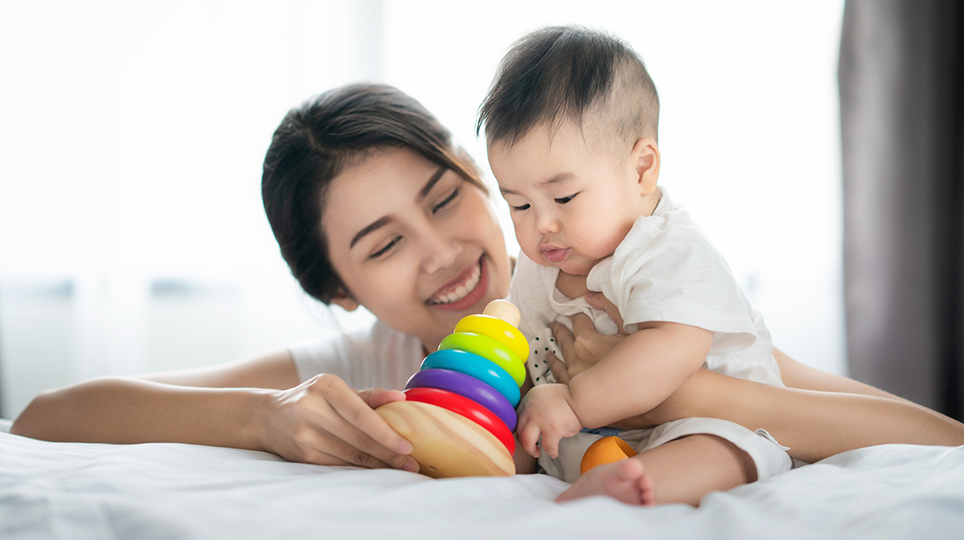 How to pay less for infantcare and childcare

Mommy Makeover: Be the Yummy Mummy 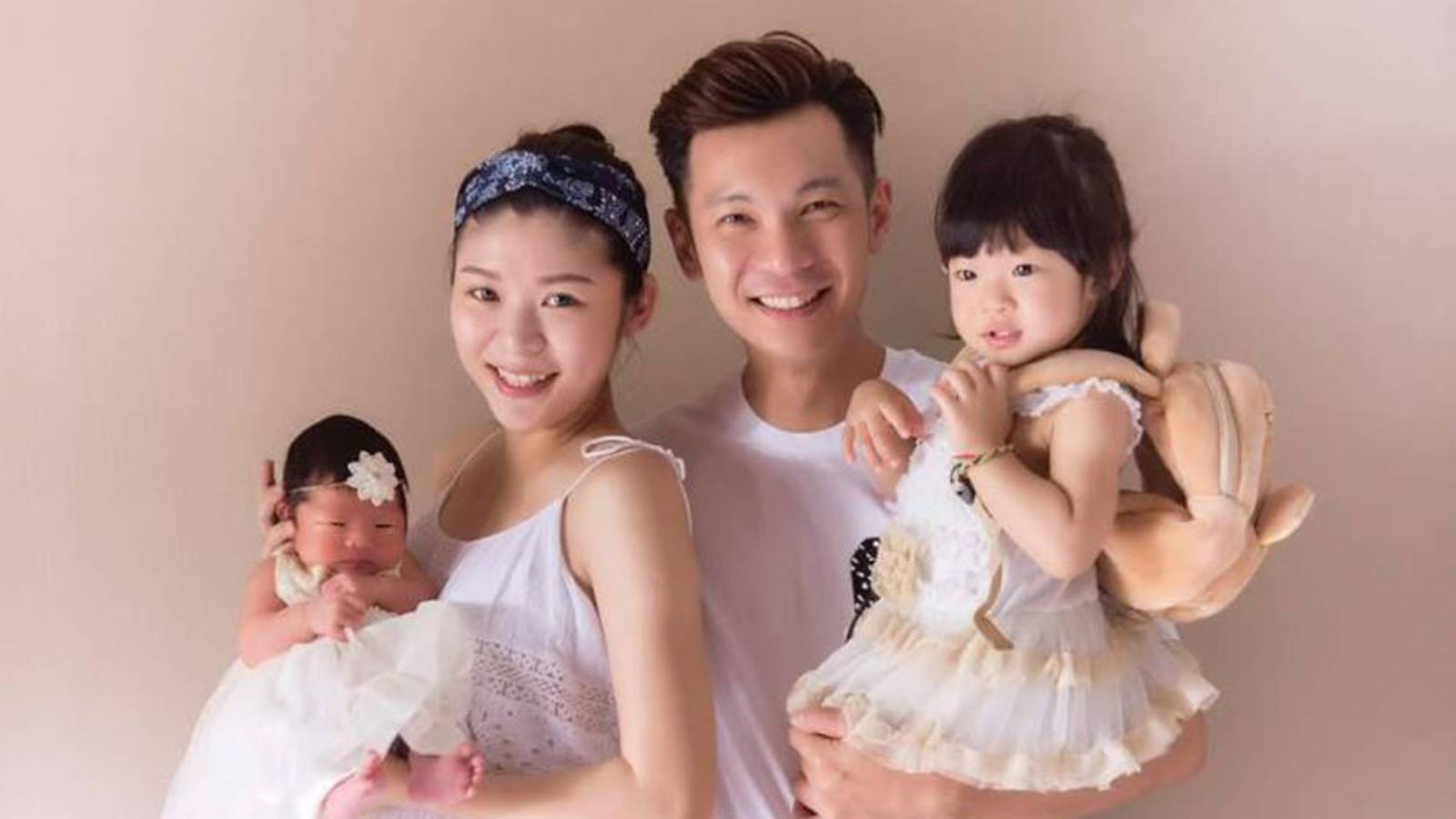 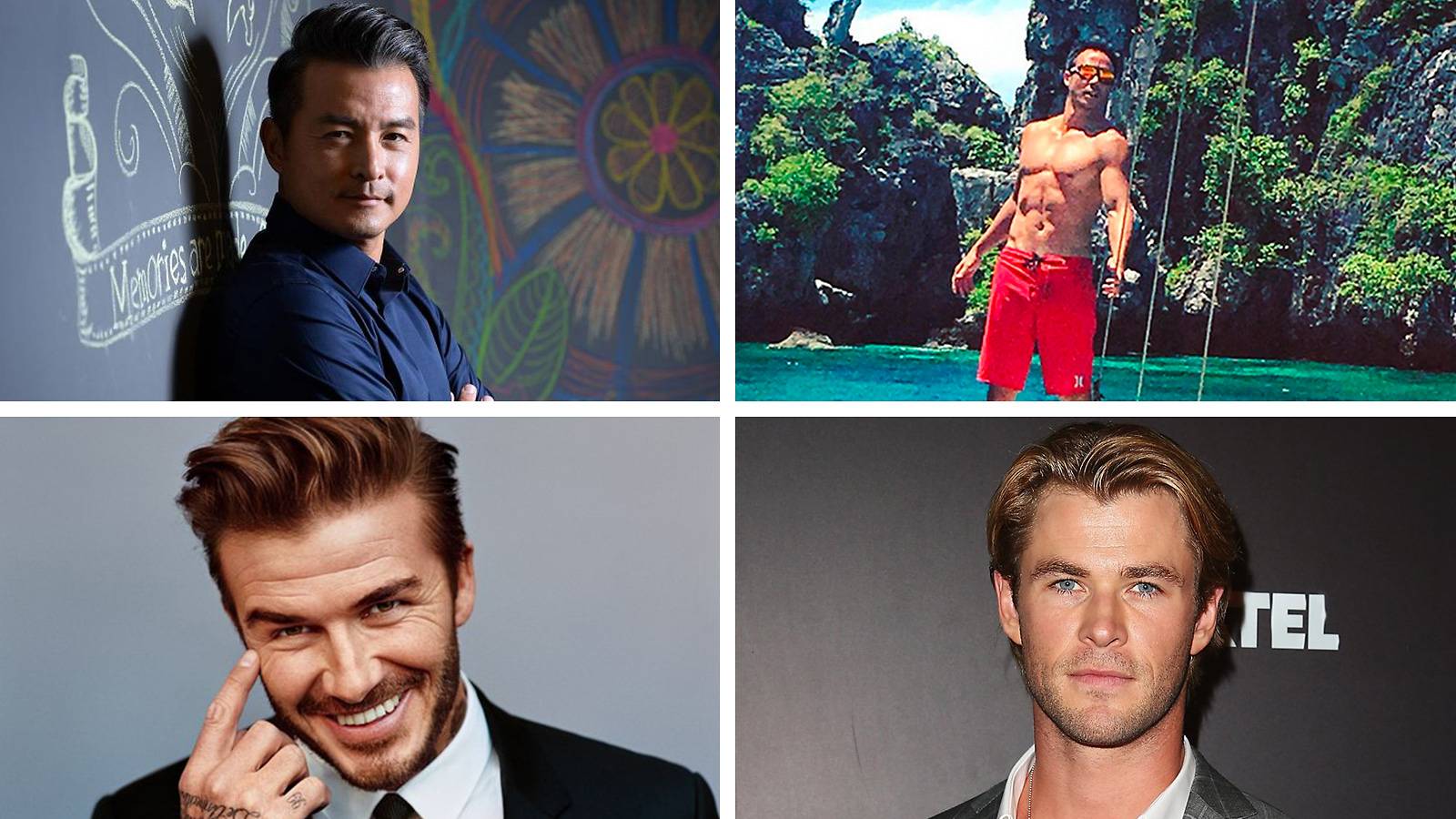 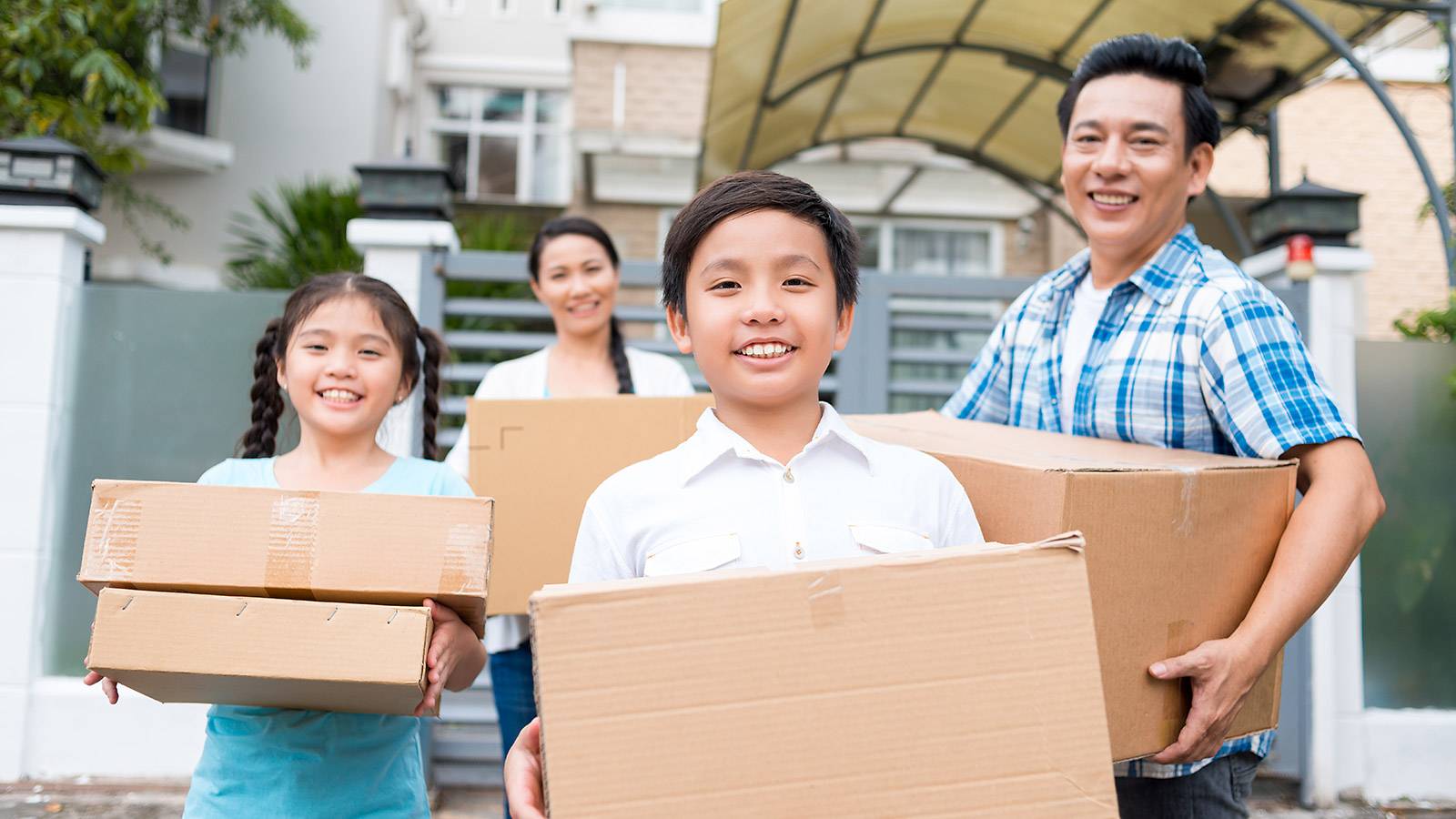 DAD SAYS How I cope with 3 kids