6 ways you’re sabotaging your marriage (without even realising it!)

Everyone loves a happily ever after. Weddings embody this ideal, especially the flowers, the cake, the couple’s love story. Aah… It’s hard to not get swept away the moment. For many, watching a couple deeply in love gazing into each other’s eyes while plighting their loyalty to each other is the epitome of romance.

So, what happens to these couples some years into the marriage? The same people who couldn’t keep their eyes off each other on their Big Day are now avoiding eye contact. Where did the love go?

“Couples, in the romantic phase, believe that that feeling and harmony they feel initially will remain for ever because they believe they have met the perfect match,” explains Leonardo Talpo, a marriage counsellor.

But when they start to see their husband or wife for who they really are, or face marital challenges, they start panicking, Talpo says. “And not many of them have the skills and ability to know what to do about it,” he adds.

Nor does it help that we live in an era where everything is fast-paced and there’s a great emphasis on convenience and individual happiness, notes Ho Shee Wai, director and registered psychologist at The Counselling Place.

When you’re locked in an argument with your spouse decide what is more important – to be "right" or to be in a happy relationship.

“The idea of persistency, hard work, and patiently working on the ‘team’ (that is, the couple) becomes harder to conceptualise, comprehend, or buy into,” says Ho. “Couple this with the fact that there are less external constraints, such as financial needs or societal stigma, and it makes it easier for the couple to call it quits.”

Divorce rates are at an all-time high in Singapore. According to the Singapore Department of Statistics’ (Singstat), 7,614 marriages broke down in 2016 ― a 1.2 per cent rise from 2015. Many tend to blame communication, or the lack thereof, as the main culprit for the breakdown in their marriage. However, a disconnect in communication arises only because there’s a disconnect in other areas of the marriage.

Unfortunately, couples aren’t aware that the subtle ― or sometimes, not-so-subtle ― things they do is causing their marriage to crumble slowly. These are what our experts say are the most common, and often overlooked threats to a marriage.

Read through it carefully because knowing what you’re doing wrong now can save your marriage in the long run, and save your kids from going through the heartbreak of the separation process later on.

#1 Taking each other for granted

“Many think marriage is the end goal, and that once you’ve reached that goal, you can rest on your laurels, and get on to focus on ‘normal life’,” Ho says. “What they don’t understand is that marriage is just the start of the journey and a lot of work needs to be done for it to continue to be strong.” Once the honeymoon period is over and they’re back to reality, many find it hard to prioritise the different aspects of their life, and unfortunately, let their marriage slide. They think their partners will be there for them forever ― it does say so in the vows, after all! “They take for granted that the other should know what they want and end up in arguments when their expectations are not in sync,” says Talpo. “After a while, they will end up frustrated and confused, blaming one another for not understanding what they want.”
WHAT TO DO INSTEAD Practise daily appreciation of your spouse. Even on the days when you’re not their biggest fan, think about what is good about them and the relationship. “And actively express that to your partner,” adds Ho. “Put in the work and effort to check in to ensure that your partner and the relationship is in a good place.”

#2 You aren’t able to handle change in your partner

For a lot of us, change means fear ― fear of the unknown, fear of losing the familiar and fear of not being good enough to adapt to something new, Talpo says. So, when we realise that our spouse is changing and no longer resembles the person we once knew, we feel threatened and unsure of what this change will mean to our relationship. This becomes an even bigger problem when one partner changes faster than the other, he points out.
WHAT TO DO INSTEAD “What we often forget is that everyone is changing and growing each day, including ourselves,” says Ho. “Just like how you want to be accepted for who you have become, so does your partner.” Living your life is all about evolving, so stay excited as your spouse learns and updates themselves to be the best that they can be. Who knows, by being a facilitator in your partner’s change, it might even inspire you to make some changes in your own life.

Very often, couples get locked in a power struggle of who’s right and who’s wrong. Some husbands or wives even go to great lengths to prove to their other half that they are right, even if it means one party is going to come out of it feeling hurt. When this happens, it means the couple is acting as an individual instead of a team. “Having a team mentality means everything is ‘our problem’ and ‘our fault’ and we need to utilise all resources to come up with a ‘our solution’,” Ho explains.
WHAT TO DO INSTEAD Focus on the greater good. Push your ego aside and work on your problems together. Even if your spouse isn’t your most favourite person right this minute, there was time when you thought you both make a great team and that’s why you decided to marry them. When you’re locked in an argument with your spouse decide what is more important – to be "right" or to be in a happy relationship. “Often couples think they can have both which is why they let ego get in the way,” says Ho. “If they understand that it can only be an ‘either/or’, they would be better at making a different choice.”

#4 You resent your spouse in silence

Couples tend to keep their grievances about their spouse to themselves for fear that if they voice it out, it will threaten the harmony of their marriage and create conflict. Some hope that with time things will resolve themselves naturally, while others are under the impression that the resentment they feel towards their wife or husband is so obvious it doesn’t need voicing out. Then you have those who are riding the denial train and trying to minimise their feelings, says Talpo. “We say we are fine, but we are not and that’s why very often couples quarrel over really trivial matters, like ‘Why did you put this glass in this table, I told you to put in the kitchen’,” he adds.
WHAT TO DO INSTEAD Ho explains it best with a termite analogy. “Take the same approach as dealing with termite ― go in with full force at the sight of even a tiny one,” she says. “Do not let the resentful feelings build up, voice them as soon as possible.” However, do it in an appropriate manner that results in an open discussion, instead of in an accusatory tone that might cause your spouse to shut down.

When you end up in a blame game with your spouse you’re fundamentally making someone else responsible for how you’re feeling.

#5 You blame and shame your partner

We have all the right to express our disappointment or anger over something that makes us feel unhappy. However, when you end up in a blame game with your spouse, you're fundamentally making someone else responsible for how you're feeling. And the more trapped you feel, the more you blame. “Shaming then is the result of engaging in that dynamic for too a long time without a solution ― it eventually becomes pretty nasty,” says Talpo. “This threat is so serious that it is the main reason why couples separate and eventually divorce.”
WHAT TO DO INSTEAD It’s time for some self-awareness. When you’re hurting, it’s easy to blame it on the person closest to you, your spouse. However, it’s not always fair nor true. Instead, work on differentiating what is your contribution and what is your partner’s contribution to the pain you’re feeling, Ho advises. “Even if your partner did make the mistake, you still have a choice and control over how you feel. Exercise grace and mercy in these situations,” she adds.

#6 You prioritise your kids over the marriage

Most couples feel a huge sense of responsibility once they have children. You have a vulnerable little being who is completely dependent on you for survival and you want to do everything in your power to meet their needs. Something’s got to give though, so you decide your relationship can take a backseat for now ― just until the kids are old enough. That day never comes because you’ll soon realise that your children will need you at every stage of their lives, sometimes even into adulthood. The more you dedicate yourself to your kids, the bigger the emotional and physical gap you create between yourself and your spouse. “Intimacy is no more a priority, and by intimacy I mean the joy of spending time together, going for a walk, surprising each other with a gift, and all the other things you did during your romantic phase,” says Talpo. “And because they miss that closeness, arguments start, they feel lonely and misunderstood, which creates more arguments and more distance.” Since they miss that emotional connection with their spouse, some wives and husbands may even use their children as their emotional support, adds Talpo.
WHAT TO DO INSTEAD Your marriage is the foundation that you’re building your family on. If this foundation is not strong enough, it will impact the children negatively, says Ho. Even worse, your kids will pick up dysfunctional relationship tips from mum and dad and repeat the same mistakes when they grow older. “Remember, children learn mostly by copying what parents do. Parents are the pillars and without strong pillars the ‘house’ is not safe,” adds Talpo.

In case you missed these stories…

Are you an angry mum?

9 qualities of a “mean” mum

Celeb mum Cheryl Wee: I want my kids to know they’ll always be enough for me

MUM SAYS I hate living with my in-laws

CONVERSATIONS WITH… A Marriage Counsellor 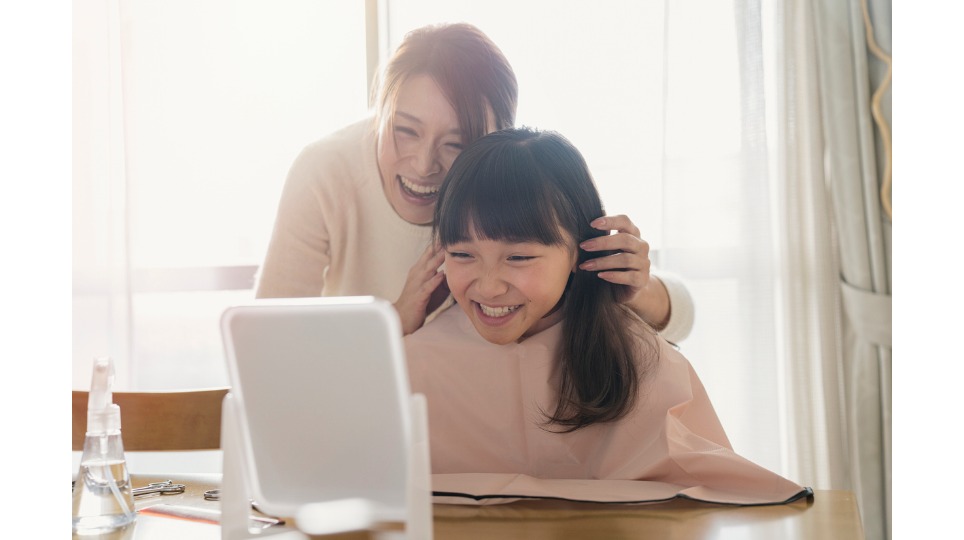 6 ways to be a “good enough” parent