6 ways to ease your tot’s anxiety

As your kiddo grows, she may sometimes seem more anxious and fearful about the world around her than ever. Her brain is now more aware of the potential dangers around her but isn’t well developed enough to differentiate between what’s real and what’s imaginary.

Toddler anxiety is common and often only affects them for a brief period of time. It shows up as changes to your little one’s behaviour like appearing to be frightened, crying excessively or throwing a tantrum. Sometimes, it may even cause her (and you) to lose sleep, she may also avoid the object or person who makes her feel uneasy.

“[While] it may be hard for parents to watch, most of the time, nothing needs to be done other than some reassurance and understanding from the parents.”

Explains Gleneagles Hospital psychiatrist Dr Lim Boon Leng, “[While] it may be hard for parents to watch, most of the time, nothing needs to be done other than some reassurance and understanding from the parents.”

Dr Lim lists ways in which you can help your mini-me cope with several common situations that may trigger anxiety. However, if your child’s fear is beginning to affect her day-to-day activities or her symptoms have become more persistent, Dr Lim advises that you consider getting your sweetie professional help.

WHAT Putting routines and schedules in place can make a huge difference to your sweetie’s nature. Predictability ― which removes one’s fear of the unknown ― is what most toddlers thrive on. Yet because of our hectic lifestyles — the routine can be thrown off course ― especially if you’re a stay-at-home-mum who’s just re-joined the workforce. However, Dr Lim notes, “If a child becomes angry or upset over the slightest change in routine, underlying problems such as autism need to be excluded.”

THE EXPERT SAYS Most children should be able to handle some degree of change — some may even find it exciting and refreshing. Also, sticking to rigid routines can actually make it tougher for your child to adjust to changes. Dr Lim advises that you remain firm and persistent when amending timetables. “The child will adjust in time to come. Talk to him to understand what his underlying anxiety or fears may be and provide reassurances.”

WHAT A child who has a Sensory Processing Disorder (SPD) acts out when she’s exposed to loud noises, can’t focus or look at an object for a prolonged period of time or is fearful letting her bare feet touch sand or grass. However, some children react by not responding to the sensory signals by showing little to no reaction to pain or sensations of extreme heat or cold.

THE EXPERT SAYS Underlying disorders like autism or Attention-Deficit Hyperactivity Disorder may cause your tyke’s SPD, so it’s vital to get that checked. An occupational therapist may suggest sensory integration therapy — specific movements or activities tailored to help your child regulate his senses. However, you should take note of what triggers your sensitive child’s episodes. Dr Lim suggests, “Have a safe zone with objects he is comfortable with, where your child can retreat to when he is overwhelmed.” 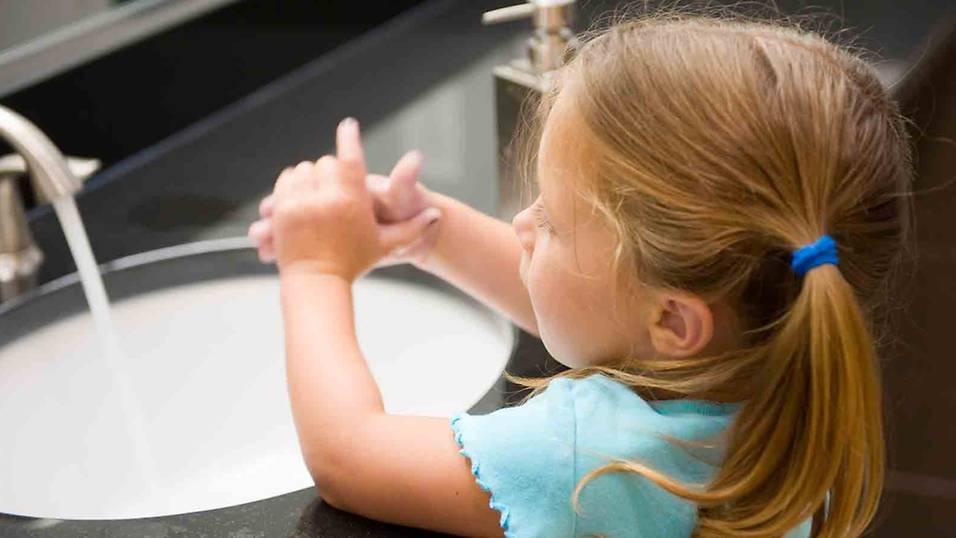 WHAT If your preschooler appears to be anxious about dirt and keeps spending a significant amount of time and effort washing his hands with soap, he may be suffering from some form of Obsessive Compulsive Disorder (OCD). Your peewee’s OCD can also manifest in different ways, including an over reliance on rituals like counting, tapping or repeating certain words or doing unusual things to reduce his unease. Dr Lim explains OCD is extremely uncommon among toddlers, as any compulsive behaviour is likely the result of following after parents. “[For instance] the fear of getting one’s hands dirty, may be caused by the parents who have over emphasised the issue of hygiene and hand washing.”

THE EXPERT SAYS Showing your toddler he has nothing to fear — let him get dirty during playtime — is the best way to resolve your child’s compulsive tendencies. Dr Lim shares, “Gradually exposing the child to their feared obsessions like grease or dirt and have them not wash it as a game may also be useful.”

For some phobias, you may be able to take certain steps to lessen their worries...if junior fears the dark, it may help to place a night light in her room.

WHAT Phobias are a common source of anxiety which is caused by an innate fear of the unknown, a bad prior experience or learned from observing the experiences of others. Dr Lim says common types of phobias your kewpie may suffer from include darkness, animals, strangers, being left alone or being frightened by loud noises and heights.

THE EXPERT SAYS Your peewee won’t be able to get over or grow out of all her fears or phobias, but she’ll be able to learn to cope with them with your help. Dr Lim suggests, “Help them to become slowly accustomed to [their] triggers by talking about the child’s fear and giving him exposure to the situation or the object.” For some phobias, you may be able to take certain steps to lessen their worries. For instance, if junior fears the dark, it may help to place a night light in her room.

WHAT While some toddlers may be social butterflies, others are shy about interacting with strangers. Anxiety over meeting new people is normal and should go away upon repeated interactions.

THE EXPERT SAYS Whatever you do, don’t force your child or just leave her in the company of unfamiliar faces. Dr Lim says, “Stay with him and be reassuring. Most of the time, the child will start playing with the new [person] and slowly distance himself from his parents after warming up.”

WHAT Your tyke may throw a fit when you leave her with her grandparents or at the kindergarten while you go to work. This is normal, especially when she just started school.

THE EXPERT SAYS Ease your child into spending time away from you. You could leave your sweetie for a minute or two, for example, if you need to use the loo — provided it is safe to do so — and assure her that you will return. Dr Lim explains, “In the initial phase, the door can be left open, so that the child can see or hear the parent. The timing and distance can then be slowly increased.” Introducing a goodbye routine also helps, Dr Lim says to follow these steps: Say goodbye, reassure your child you will be back, be firm and leave. Don’t give in to his tantrums or cries as it will only reinforce his behaviour.

You’ll love these too…

Make it: Activity-filled learning shelves for your tot

My tot only misbehaves with me! Why?